S E N S O R I U M was a weeklong festival of new music from Irish and international artists featuring workshops, talks and a series of concerts. It included everything from electro-acoustic works and audio visual displays to improvisation, performance art and contemporary dance. The goal of Sensorium "is to show co-creative musical works in a structured curation intended to stimulate multiple senses and challenge the audience’s attention through changing aesthetics and perceptions".
see: http://www.projectartscentre.ie/programme/whats-on/1191-sensorium for the programme for the week

I attended the Sensorium 1 night on friday, March 11th and really enjoyed the variety of works that were presented. This was a really well produced show.  It was a show that did indeed challenge ones attention as the works were adventurous in content and in placement in the performance space. I was really looking forward to this show, as I was very taken with the aims of the festival to present to audiences works that stimulated multiple senses and with works that challenged aesthetics and perception. I was not dissapointed.

The placement of the musicians in the middle of the space and the audience on each side was great. The space was for the musicians and it meant the audience had a more intimate view of the musicians at work. There were a variety of music works and audio visual works and each work tied really well thematically with the next.  From body percussion, performance, audio visual works to electroacoustic tape pieces and interactive electronic improvisation, there were many flavours of pieces presented.

There appeared to be a common thread amongst some pieces as they pushed the boundaries of a music instruments timbre (MATT POSTLE – Extended A440 improvisation (10min, circular breathing) + Saliva Piece – Trumpet improvisation) or where electronic music competed and blended with real instruments (Judith Ring – “My one’s bigger than yours” for double bass (Malachy Robinson) and cello (Kate Ellis) was as visually interesting as it was aurally, an interesting diagonal placement of the two musicians, the piece was really absorbing as cello and double bass timbres merged with samples of the instruments to create a riveting electronic track .  A piece that I really liked was ENDA BATES – new piece for Hexaphonic guitar + two percussionists (Enrico Bertelli and Simon Roth)   - the placement of guitartist in the middle of the space and the drummers to each end meant the music and musician fully filled the space. I enjoyed the repetitive rock riff as it played out in time.  I was struck that I like to repeat pieces of a tune I like and listen again and again  - so to hear a rhythmic riff play out for a long duration I enjoyed. The incredible composition that was created via interactive technology and live improvisation by Jonathan Nangle was beautiful (JONATHAN NANGLE – ipad interactive electronic improvisation), hard to believe that this piece is crafted in real-time and each time he plays the system he built with the ipad, the piece will be different and never be the same.  To create such beauty with such chance procedures is incredible. 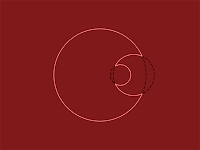 My visual music work, a collaboration with composer Linda Buckley - Silk Chroma was presented as an audio visual work - it was great to see it played out in this concert, even though there were no live performances, I felt strangely nervous as the visuals played out on screen to Linda's incredible evocative sound track.  Two other video works were shown - EMILY KALIES – “noitcelfeRReflection” - voice (Suzanne Fatta) and visuals.  The impact of closeup shots of the singers face in various poses was striking.  A really beautiful section about that is not a flattering angle with cut ups of shots of leg poses was really clever.  Theo Burt's “Colour Projections” – a live interactive audio-visual piece was a treat.  The structure of the work was clever as was the interaction of sound with events taking place on the screen.  The simple use of orange and white was really refreshing. 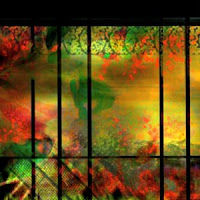 My husband Cyril and daughter Bébhinn really enjoyed the show too, they came with me.  Even though, this would have been a quite challenging show for them, we talked about some of the pieces for days after - and Bébhinn in particular was very taken with how one can play sound from an instrument that is not what you would expect.  For me this was nothing new but for her it was a revelation. Cyril had some interesting philosophical observations, that I meant to write down, but should get him to write down for me.  He discussed the composing of time and how at work with most of the pieces was this grapple or fight with time.  Interesting!


I came away from the concert thoroughly refreshed and looking forward to the next sensorium next year!!!

The full list of artists works shown on the friday Sensorium 1performance can be seen at:
http://www.projectartscentre.ie/programme/whats-on/1216-sensorium-1 and at
http://www.the-link-project.com/
Posted by babold at 8:03 AM